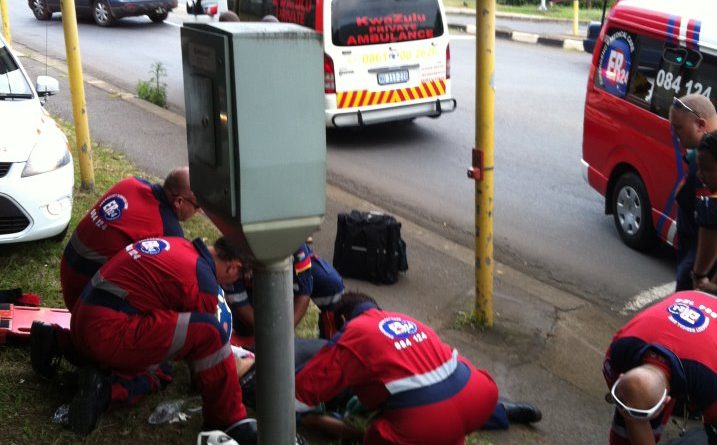 We would like to share a discussion between a visitor to the Arrive Alive website and some advice provided by Howard Dembovsky from Justice Project South Africa.

If traffic is stopped at a red light, is a motorbike allowed to pass the stationary traffic to get ahead? On the dotted line, even if there are no cars coming in the oncoming lane?

Your question is a little vague, therefore making it a little difficult to answer. I will do my best however to answer your question.

A motorcycle should not add to traffic congestion where it is not strictly necessary to do so. This is not a part of any law, it is common sense and part of what I train commuters/town riders.

Any motor vehicle may pass traffic to its left if there is a broken white line permitting overtaking, and provided that the manoeuvre is safe to execute. A motorcycle is a motor vehicle and therefore the same applies. In a scenario where there is stationary traffic at a traffic light, that motorcyclist may overtake the stationary vehicles provided that it is able to make its way back into the lane and stop for the lights, without cutting in or endangering other traffic.

The second part of your question is what causes me confusion since an overtaking manoeuvre should only be practiced if there is no oncoming traffic. A motorcycle, like any other motor vehicle may not overtake in the face of oncoming traffic as it is both illegal and extremely dangerous to do so.

This having been said, the skills of motorcyclists in South Africa are appallingly bad and whilst the law does not require formal instruction to be taken by a learner motorcyclist, I strongly recommend that anyone riding one should take a good commuter training course so as to become a skilled and safe rider.

Thanks for taking the time to reply.

The reason I ask is that I had an accident with a motorbike recently. There were no serious injuries and my insurance is taking care of things. I am only asking out of personal curiosity, I suppose I could ask my broker too but I am waiting for everything to be processed first. They have accepted my claim and my car is going in for panel beating next week. The rider of the motorbike is in the process of claiming from my insurance.

As a result of the incident I am just curious and want to better understand what the rules are regarding motorbikes and accidents.

I was stopped at a red light, with about 10 or so cars ahead of me, maybe a few more. I wanted to make a u-turn and saw that there were no cars coming. I thought the path was clear so I pulled out of the queue in order to turn onto the dirt on the opposite side of the road, on my right. Unfortunately I did not see the motor bike that was traveling past me, on the dotted line, as I pulled out. Unfortunately, one only tends to consciously look for cars and not think about the possibility of motorbikes cutting through.

What I am quite confused about is what the liability of the motorbike rider is in that case. I have asked two motor bike riders I know and they seem to think that even though all motorbike riders do overtake stationary traffic the rider is still taking a chance in that case, and he is also at fault. Someone else says that motorbikes are allowed to filter through stationary traffic. However, they don’t seem to know exactly what the law says and I can’t find it online. Per your comments below, I don’t think that there was a gap for the rider to filter back into; I think he would have waited for traffic to get moving again but I don’t know what his intentions were.

The second question I wonder if you could help me with is regarding foreign licenses. The rider did not have evidence of a licence. He claims to have a licence from Malawi but says he has lost it and is waiting for a new one to replace his lost one, from Malawi. He had no temporary licence or any South African licence. What is the legality concerning his licence in the case of an accident?

Thanks a lot for your time and consideration.

There always seems to be a reason for people asking the questions they ask on arrivealive.co.za and that is perfectly understandable. I just wish people would ask the entire question at once so as to provide all of the context under which the question is asked.

Firstly, I agree that any biker that overtakes stationary (or moving) traffic does so at huge risk to themselves. As you yourself have admitted, drivers of motor cars generally look out for other four wheel vehicles and not for motorcycles – or for that matter – pedestrians and that is why such traffic must make sure that they make themselves highly visible. Perhaps this explains why it is that pedestrians constitute 34% of all road fatalities. Bikers make up a far smaller proportion, simply because there are less of them than any other form of road traffic.

But regardless of what one’s conscious or subconscious tells you to look out for, every motorist has the responsibility to look out for and drive with due care for the safety of all other road users and that even includes animals.

What concerns me about your particular circumstance is that you say that you wanted to make a U-turn and that you executed the manoeuvre – which was the root cause of the crash. Effectively, what this means is that you turned into the face of oncoming traffic and another motorist crashed into you as a result. It is therefore reasonable to say that you caused the crash through your lack of proper observation – a common problem on our roads.

One should never make a U-turn at traffic lights – no matter how many vehicles back you are. In fact, U-turns whilst being perfectly legal in some places on our roads are extremely dangerous manoeuvres to make at the best of times because one needs to be aware of traffic approaching from so many directions. As has been demonstrated by this particular incident, U-turns often lead to crashes and the person making the U-turn would almost always be viewed as the party that caused the crash.

With respect to the licensing issue, this person allegedly has a foreign driving license and it is perfectly legal for a person that has such a license to use it in South Africa until such time as it expires. The fact that he has lost his driving license is problematic for him in that South African law requires one to carry one’s driving license with you at all times and if such license has been lost or stolen then a temporary version thereof must be carried. He would have to get a temporary or replacement document from his country’s embassy or refrain from driving until such time as he has one.

It is very easy for any person to say “I have lost my driving license” but the fact still remains that one must be able to prove the existence of a driving license – especially in the case of insurance claims or where one is otherwise called to task to prove that one has a driving license. In the event that one cannot prove as much, it will be deemed that this person does not have a driving license and would therefore be guilty of an offence and unable to claim from insurance.

I hope that this now answers your questions.

For Motorbike Safety, we would like to urge all our bikers to view the following sections: 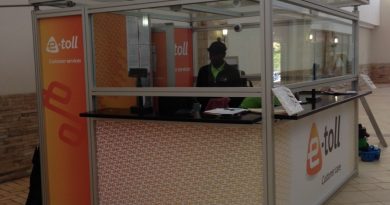 Nov 29, 2013 jonckie Comments Off on Survey reveals Lukewarm adoption of e-toll tags amongst motorists in Gauteng 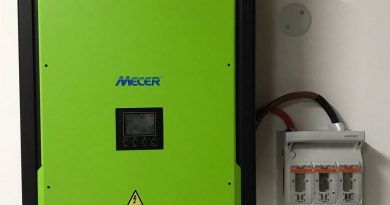 The innovations that will make future homes greener!

Jun 5, 2017 jonckie Comments Off on The innovations that will make future homes greener! 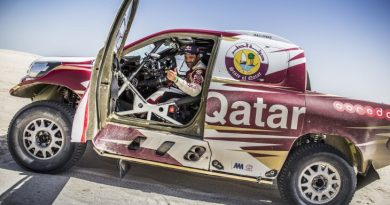