Entries are now open for the Knysna Bull made personal by Constantia Insurance mountain bike race. The event takes place from 20 to 23 February 2019.

Now in it’s third year, the Knysna Bull continues to evolve and develop into an exciting stage race offering.

In the jam-packed calendar of many excellent MTB races in South Africa, the Knysna Bull plans to shake it up in 2019 – by offering a whopping R200 000 in prize money.

“I think the prize money on offer and the winner-take-all format will make the racing very interesting,” says 2018 solo winner, Dylan Rebello. “Since the prize purse was announced, I have spoken to a lot of the professional riders and it’s definitely kicked up some interest; I think some of the guys are planning their strategies already. I haven’t mapped out my 2019 season just yet, but I would love to be back to defend my title and take a crack at the R100 000.”

While the race has offered solo and team entries in the past, from next year the Knysna Bull will also become the first stage race in South Africa to offer a solely individual format.

This means that pros and weekend warriors alike can test themselves without waiting for wilting teammates – it also means that the mad dash for cash could provide some of the most furious racing yet scene in a local stage race.

“I think it’s fantastic that the Knysna Bull is offering such a great prize purse for the male and female winners,” says mountain bike star Erik Kleinhans.

“First of all, I really like the Bull as an event, and I like being in Knysna, but having such an exciting first place prize will be a real boost to local cycling; R100 000 is a great pay day for someone who puts in the effort.”

Kleinhans adds, “I think the racing community will definitely respond to the prize money, and we should see some really motivated local stars lining up on the start line at the Knysna Bull next year. The prize money on offer will certainly shake up the racing scene!”

The Knysna Bull is already unique in that it offers a laid-back atmosphere mixed with hardcore racing, a “race village” without an actual race village, a fun 7km prologue around the world famous Knysna Lagoon and free post-ride beers at the original micro-brewery, Mitchells.

“It’s a truly unique event,” says Rebello. “My parents live in the area, so I spend a lot of time riding there, and even I was surprised by some of the Knysna Bull trails; the route isn’t overly technical, the scenery is amazing, and in general, it’s just a really fun ride.”

With the change in format and introduction of a huge prize for South Africa’s top riders, the Knysna Bull is now going a step further in presenting itself as the most forward thinking race in South Africa.

“Our sponsor, Constantia Insurance, has played a big role in allowing us to create what we think will be an exciting race spectacle,” says race organiser Patric Mosterd. “With big prize money on offer and a winner-takes-it-all set up, we anticipate some serious action over the three days of racing.”

On top of the prize money and individual race format, Knysna Bull is also throwing in a few other perks for new and returning riders in 2019.

The first 100 entrants into the 2019 event will take home a pair of Capestorm MTB baggies, while up until the end of October potential entrants will be able to pay just R495 to enter, with the balance due before the race in February.

To enter the 2019 Knysna Bull made personal by Constantia Insurance, go to knysnabull.bike. To win the prize money, start training now. 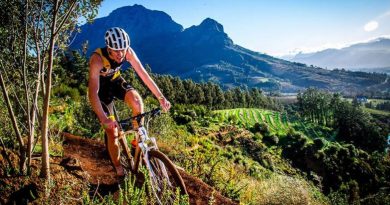 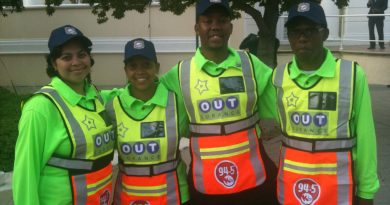