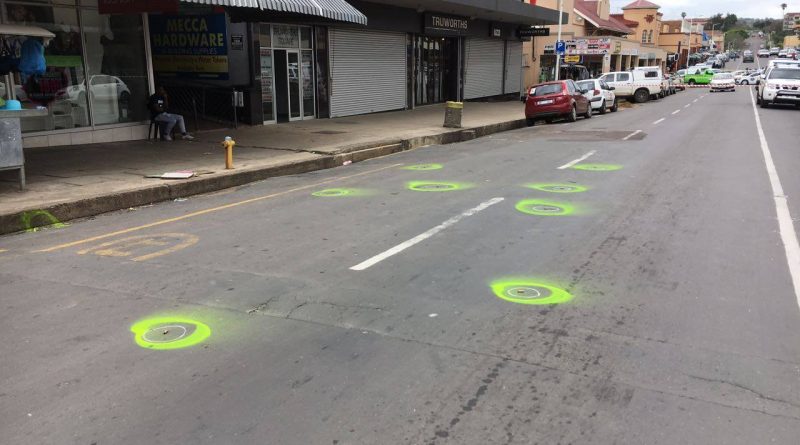 Johannesburg/London/Munich/New York/Paris/Sao Paulo/Singapore – January 27, 2020: Business interruption catapulted from fifth position in last year’s Allianz Risk Barometer (23% of responses) to the top business risk (31% of responses) in Africa and the Middle East this year as larger and more complex BI losses continues unabated. Causes are becoming ever more diverse, ranging from critical infrastructure blackouts, fire, explosion or natural catastrophes to digital supply chains or even political violence. Cyber incidents moved from the third top risk in the region in last year’s Allianz Risk Barometer (27% of responses) to second this year (30% of responses). Awareness of the cyber threat has grown rapidly in recent years, driven by companies’ increasing reliance on data and IT systems and a number of high-profile incidents.

The annual survey on global business risks from Allianz Global Corporate & Specialty (AGCS) incorporates the views of a record 2,718 experts in over 100 countries including CEOs, risk managers, brokers and insurance experts. “Businesses across Africa and the Middle East are increasingly concerned about business interruption as it has become the continent’s top risk in 2020 from 5th in 2019. It also ranks in the top three risks in Tanzania (#1), Nigeria (#3), South Africa (#2) and Cameroon (#2). Cyber incidents rises to the second top regional risk – and the top risk in South Africa – while companies are also more worried about changes in legislation and regulation, which rises to third. The top risks in South Africa match the top three global risks, which show that African businesses have similar concerns as other companies around the world,” says AGCS Africa CEO Thusang Mahlangu.

Business interruption rises to the top

The rise of BI to the top in Africa and Middle East is a strong indication of the trend for larger and more complex BI. Causes are becoming ever more diverse, ranging from fire, explosion or natural catastrophes to digital supply chains or even political violence. “Digital supply chains and platforms today allow for full transparency and traceability of goods but a fire at a data center, a technical glitch or a hack could bring large BI losses for multiple companies that all rely and share the same system and which cannot switch back to manual processes,” says Raymond Hogendoorn, Global Head of Property and Engineering Claims at AGCS.

Businesses are also increasingly exposed to the direct or indirect impact of riots, civil unrest or terrorism attacks. The past year has seen civil unrest in Ethiopia, Mali, Cameroon, Niger, Sudan, Guinea, South Sudan and Somalia to name but a few with some resulting in property damage, BI and general loss of income for both local and multinational companies. 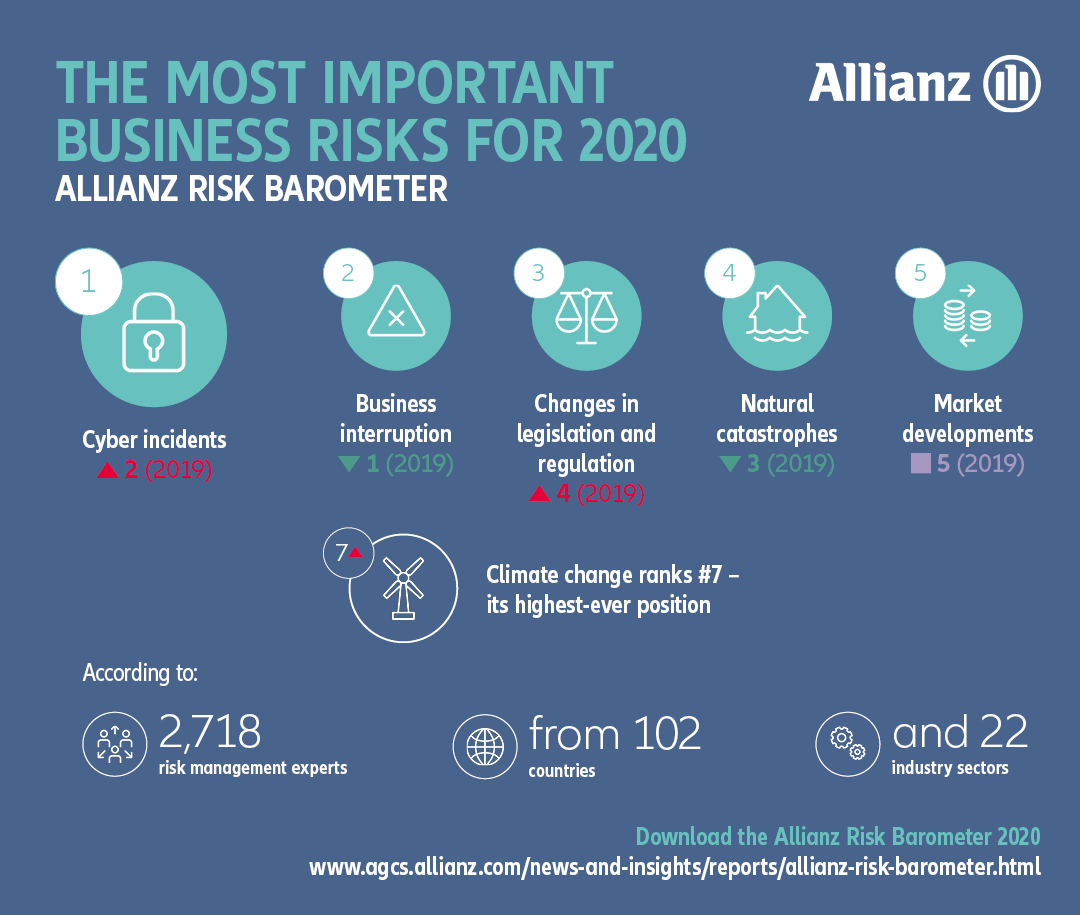 Cyber incidents’ move to second in Africa is in line with its move to the top risk globally. It is a dominant risk in South Africa and has been a top risk since 2016 except only in 2019 where it ranked second to BI.  It ranks third in Tanzania, fourth in Ghana, eighth in Nigeria and ninth in Cameroon this year. Businesses face the challenge of larger and more expensive data breaches, an increase in ransomware and spoofing incidents, as well as the prospect of privacy-driven fines or litigation after an event. A mega data breach ─ involving more than one million compromised records ─ now costs on average $42mn[1], up 8% year-on-year. “Incidents are becoming more damaging, increasingly targeting large companies with sophisticated attacks and hefty extortion demands. Five years ago, a typical ransomware demand would have been in the tens of thousands of dollars. Now they can be in the millions,” says Marek Stanislawski, Deputy Global Head of Cyber, AGCS.

Businesses face the challenge of larger and more expensive data breaches, an increase in ransomware and spoofing incidents, as well as the prospect of privacy-driven fines or litigation after an event. A mega data breach ─ involving more than one million compromised records ─ now costs on average $42mn[2], up 8% year-on-year. “Incidents are becoming more damaging, increasingly targeting large companies with sophisticated attacks and hefty extortion demands. Five years ago, a typical ransomware demand would have been in the tens of thousands of dollars. Now they can be in the millions,” says Marek Stanislawski, Deputy Global Head of Cyber, AGCS.

Extortion demands are just one part of the picture: Companies can suffer major BI losses due to the unavailability of critical data, systems or technology, either through a technical glitch or cyber-attack. “Many incidents are the results of human error and can be mitigated by staff awareness trainings which are not yet a routine practice across companies,” says Stanislawski.

Changes in legislation and regulation (#3 with 26%) and Climate change (new risk at #10 with 14%) are big risks to companies underlining the US-China trade war, Brexit, the African Continental Free Trade Area (AfCFTA)  and global warming as increasing concerns for companies in the region. Around 1,300 new trade barriers were implemented in 2019 alone. The US-China trade dispute has brought the US average tariff close to levels last seen in the 1970s. “Trade policy is becoming just another political tool for many different policy ends, such as economic diplomacy, geopolitical influence or environmental policy,” explains Ludovic Subran, Chief Economist of Allianz. “This activism is not restricted to the US: it has spread to Japan and South Korea, India and the EU.”

New regulatory challenges in the next decade will focus on environmental impact, de-carbonization and climate change. “EU sustainability regulation is nothing less than a game changer. The impact on corporates will be as wide-ranging as that of the new rules on accounting and data protection were in the past,” says Subran.

Climate change is a new entrant in the Allianz Risk Barometer at #10 in Africa and the Middle East, driven by risk management experts in Ghana, South Africa, Tanzania, and Cameroon. An increase in physical losses is the exposure businesses fear most (59% of responses) as rising seas, drier droughts, fiercer storms and massive flooding pose threats to factories and other corporate assets, as well as transport and energy links that tie supply chains together. Further, businesses are concerned about operational impacts (49%), such as relocation of facilities, and technological and market impacts (35% and 32%).

“There is a growing awareness among companies that the negative effects of global warming above two degrees Celsius will have a dramatic impact,” says Chris Bonnet, Head of ESG Business Services at AGCS. “Failure to take action will trigger regulatory action and influence decisions from customers, shareholders and business partners. Ignoring climate risk is more costly than grappling with it. Therefore, every company has to define its role, stance and pace for its climate change transition – and risk managers need to play a key role in this process alongside other functions.”

Critical infrastructure blackouts (21%) and Macroeconomic developments (25%) are new entrants to the top 10 as they are directly linked. Critical infrastructure blackouts features prominently in the region at #7, in Cameroon at #2, in Ghana at #4,  in South Africa at #5 and in Tanzania #5.  According to Africa Energy Outlook 2019, a typical Nigerian firm experienced more than 32 electrical outages in 2018. These outages can vary in duration from less than one hour to more than a day, and in some countries they cost firms as much as a quarter of potential annual turnover and up to 2% of annual GDP.

Fire, explosion moved up two places to at #5 with 23% (sixth globally) of responses while Political risks and violence moves down to ninth with 17% of responses. Fire, explosion is the number one cause of financial losses based on the results of insurance claims analysis by AGCS. Such events have caused in excess of €14bn ($15.7bn) worth of losses over a five-year period through 2018 – accounting for almost a quarter (24%) of the value of more than 470,000 claims examined by AGCS. This is significantly ahead of the second top cause of loss, aviation collision/crash incidents (14%). Even the average insurance claim from a fire totals almost €1.5mn ($1.65mn). Despite the downward trend in Political risks and violence from #2 to #9, it continues to be an ever-rising threat in the region sparking higher interest in the specialty insurance market among companies that are worried about its impact on their supply chains and the threat of business interruption. However take up is low exposing companies’ supply chain business interruption risk.

More information on the findings of the Allianz Risk Barometer 2020 is available here: 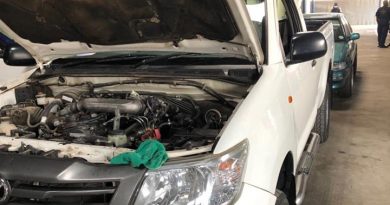 Seven stolen vehicles found on the premises of a panel beater in Chamdor, Krugersdorp

Nov 1, 2019 Media Comments Off on Seven stolen vehicles found on the premises of a panel beater in Chamdor, Krugersdorp 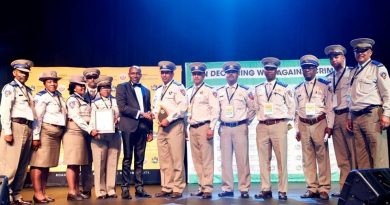 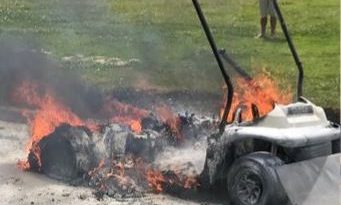 Oct 2, 2018 jonckie Comments Off on Golf insurance – complete cover from tee to green to 19th hole

The spread of COVID-19 has challenged the global economy, and its impact is likely to be long lasting. As countries

Don’t open your home to criminals pretending to sterilize your house or do coronavirus tests!

The New 500 is coming: it’s time to take action to create a better future