In a particularly cruel combination of events, South African small businesses still alive eight weeks into lockdown – along with those planning a return to business in level three – now, again, face the prospect of load shedding.

While Eskom announced that due to reduced demand there was unlikely to be load shedding during lockdown, with the resumption of some business in level four, reports of electricity supply disruptions have increased across the country.

A key risk associated with interrupted electricity supply is damage to alarm systems, either from run-down batteries or surges when electricity is restored. There is also the risk of, “theft when alarms crash at night or over weekends when business premises are unsupervised,” says Christelle Colman, Insurance Expert at Old Mutual Insure. While it’s a good idea for small businesses to ensure that their alarm systems have back up power, “batteries don’t last indefinitely and run down or degrade with repeated power outages,” she warns

While lockdown has presented both individuals and small businesses opportunities to reduce or delay cover – as well as premium payments – the prospect of another round of load shedding as South Africa’s economy opens up, “presents small business owners with a double whammy of increased risk, coupled with reduced income with which to manage this risk,” says Colman.

Both official and unofficial electricity supply disruptions raise a number or important questions from an insurance perspective. Either way, “the first line of defence for both individuals and small businesses facing this toxic cocktail of reduced or no earnings combined with power disruption, is information,” says Colman.

Old Mutual Insure has your back

If alarms are maintained in proper working order Old Mutual considers the insured to have discharged their liability even in instances where damage or loss arises from alarm failure.

If the alarm is in good working order, is armed when a premise is left unattended, and none of the alarms’ passive infrared motion detectors are bypassed, Old Mutual Insure will payout in the event of loss even if the alarm failed due to load shedding. That said, “the insured still has an obligation to maintain the alarm in working order, including testing the battery on a regular basis,” adds Colman.

While the same holds true from a commercial and agricultural policyholders’ perspective, the performance of cover requires a burglar alarm to be fully operative, “whenever premises are not open for business – unless a principal, partner, director or employee of the insured is on the premises,” says Colman.

Even in cases where the alarm is maintained under a contract with a supplier or servicing engineer, “if the alarm fails due to load shedding, Old Mutual still has your back,” adds Colman.

Regardless of circumstances, it is important that the insured maintains alarm systems, including regular testing of the battery.

Most commercial alarm systems send a signal in the event of mains failure or when the backup battery begins to run down. While service providers need to ensure that these signals are acted on, “clients need to take responsibility for testing their backup batteries on a regular basis, making sure they are operating during load shedding,” advises Colman.

Old Mutual Insure even covers customers for loss of signal

In the event the local mobile phone tower is not working due to load shedding, preventing alarms from sending a signal, Old Mutual Insure will still pay out, “provided policy holders can prove that the alarm was armed and in working condition at the time,” explains Colman.

No distinction between official and unannounced loadshedding

Old Mutual Insure does not envisage changing its current terms of cover for loss resulting from alarm failure due to either announced and scheduled load shedding, or surprise, unannounced, electricity disruption.

Should the situation deteriorate, however, and electricity disruption become increasingly widespread and random, “we may need to consider measure like increasing rates or excesses, reducing cover, or stipulating the installation of long life batteries or surge protection to help manage the additional risks associated with alarm failure during load shedding,” says Colman.

For the time being Old Mutual has no plans to change, reduce or alter any of its current personal or commercial covers in instances of damage or loss resulting from alarm failure caused by load shedding.

That said, “policyholders are advised to check the detail of their cover and discuss either directly with Old Mutual or their broker appropriate measure to reduce the incidence of alarm failure which remains the key driver of loss and claims during electricity supply disruptions,” advises Colman. Get your home ready for your holidays -Avoid nasty surprises when you return!

Dec 11, 2012 jonckie Comments Off on Get your home ready for your holidays -Avoid nasty surprises when you return! 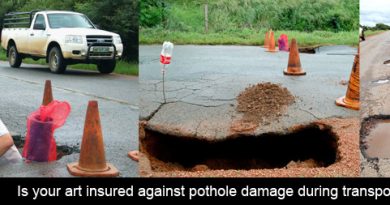 Is your art insured against pothole damage during transport?

Apr 21, 2011 jonckie Comments Off on Is your art insured against pothole damage during transport? 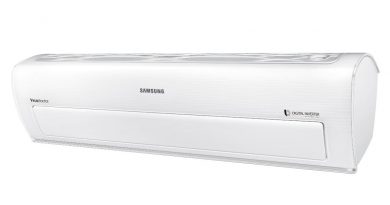 Aug 31, 2016 jonckie Comments Off on Promotion offers Samsung consumers the chance to win a trip to the Maldives