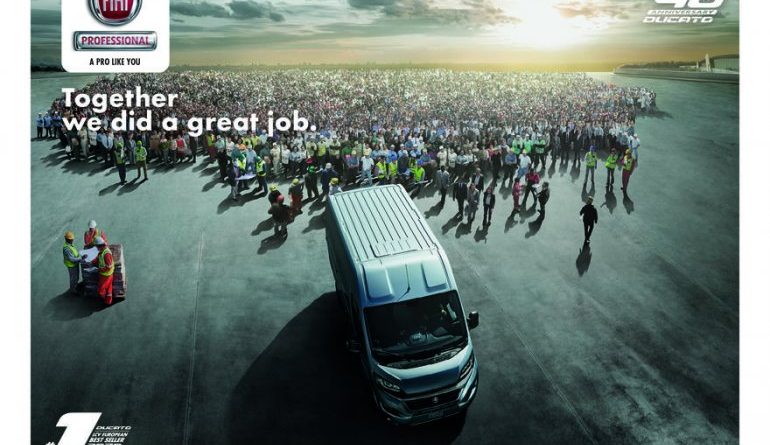 In 2021, the Ducato turns 40: unveiled in 1981, the flagship model and ambassador of the excellence of the Fiat Professional brand has always been one of the most appreciated commercial vehicles in Europe, for its versatility, engine power, and reduced running costs. It has received a special gift from all its customers: loyalty that made it the best-selling commercial vehicle – of all segments – on the European market in 2020, for the first time in 40 years. It has received a great deal of praise from clients across Europe: around 150,000 units and a market share of 20.5%, with an increase in volumes of 7.6% and in the share of 3 percentage points, in a market scenario that has fallen.

Almost 40 years ago, the Ducato revolutionized the large volume van segment with its front-wheel drive, load volume, and versatility. Production began in 1981 on the lines at Sevel (Società Europea Veicoli Leggeri – European light vehicles company) in Val di Sangro and remains there to this day. Located in Atessa (Chieti province, east of Rome), it is the largest factory in the world producing medium to large vans. In 2020, it was the first manufacturing plant in Italy to reopen after the first lockdown, in complete safety for its over 6,000 employees.

Over time, the Ducato’s features have been gradually refined to make it a benchmark in its class, a trendsetter produced in over 10,000 variants and sold in more than 80 countries all over the world. The wide range of body versions and the efficiency of the chassis have made it number one for special purpose vehicle and motorhome outfitters.

Ducato and the motorhome: a winning combination

A leader in its segment since 2014 and the best-selling commercial vehicle in 2020, Ducato is the undisputed leader in the large van segment in 13 European markets and is the only one created specifically as a motorhome base. In the last decade in Europe, 500,000 families have decided to travel in a Fiat Professional Ducato-based motorhome, courtesy of its wide range of body variants, the regular, squared shape of the load compartment, the efficiency of its engines, and its car-like driving. The Ducato motorhome base vehicle is designed and developed in conjunction with the largest European recreational vehicle manufacturers, to offer the best solutions with both a base and a living pod. A vacation aboard a Ducato-based motorhome is the ideal choice to combine adventure and freedom with safety and the peace of mind of your own four walls, and again last year provided total peace of mind for vacationing in the great outdoors, in a protected, self-sufficient environment that is easy to clean and sanitize.

New technology and well-established qualities, toward the goal of “zero emissions” with the E-Ducato

Since its debut, the Fiat Ducato has won over the public with its robustness and great reliability. However, from the first series onward, professionals who have chosen the Ducato have appreciated it not only for its stability but also for its versatility and ease of use. The forerunner of a new commercial vehicle concept boasts undisputed leadership in its segment, vindicated by sales figures of more than 3 million units. All these qualities, rewarded by a broad clientele of professionals throughout Europe, will therefore evolve into a journey toward zero emissions with the full-electric version of the Ducato. Designed in line with Fiat Professional’s highest quality standards, the Ducato will be available in all body variants with the same load volume as the conventional Ducato, from 10 m3 to 17 m3, and the best payload on the market, up to 1,950 kg. Various battery options will also be on offer, with ranges from 230 to 360 km in a typical urban delivery cycle, ready for the challenges of the last mile.

Success not only in Europe

The success of the Ducato is now well-established in Europe, evidenced by its new record, but the global ambassador for Fiat Professional has also been the bestseller for some time in Russia, Latin America, the Middle East and Australia. It is currently sold as an efficient “van of the world” in over 80 countries, including in North America as RAM’s ProMaster. 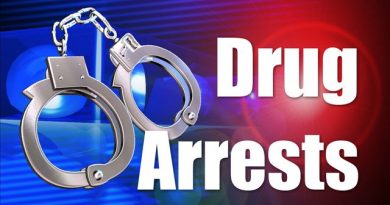 Feb 25, 2019MediaComments Off on Three suspects arrested at Boksburg North with drugs worth an estimated R3 million 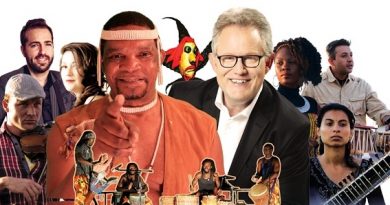 The Cry of Africa sees top Afrikaans and Pan African together on one stage for the first time.

Oct 30, 2016jonckieComments Off on The Cry of Africa sees top Afrikaans and Pan African together on one stage for the first time. 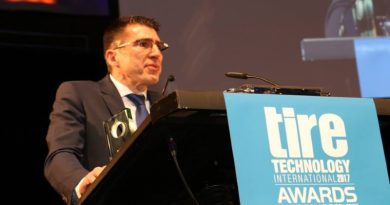